Natron Vs. After Effects

Natron vs After Effects: the battle saga continues.

We use graphic design for school, work, marketing projects, or entertainment.

I bet you already posted a short-animated video in your Instagram profile.

This and even more can be done through motion graphics software.

First of all, they are cost and time efficient.

You can easily create videos, graphics, and other animations in a short time because of their low complexity.

Plus, you could make attractive, personalized videos that can be shared easily across numerous social media apps.

So, don’t be shy to add your personal touch and stand out!

Today, there are various motion graphics software, such as:

Started as a personal project, in 2013, Natron was awarded as the winner of a contest supported by Inria.

With this concludes a 12-month employment contract to make this software free and open-source within the institute.

Moreover, it is one of the most flexible cross platforms and open-source compositor for its visual effects and motion graphics community.

Natron can impressively deal with all your 2D/2.5D needs.

In large part of it, this software is influenced by some other digital compositing software such as Apple Shake, Blackmagic Fusion, Nuke, etc.,

With the influences, derives the user interface and many other concepts.

Besides, it allows its users’ creativity.

It helps to boost further with the flexible, multi-layered rotoscoping with stroke capability while rendering multiple graphs simultaneously.

Moreover, it uses 100% of your computer power and saves time by keeping all the views in the same stream.

These tools will get everyone through their daily CG, as well as for the fulfillment of film compositing needs, a powerful curve, and a dope-sheet editor.

This software makes it easier in the market with the powerful 2D and planar tracker to track jobs while meeting personal and client deadlines.

Natron is fully compatible with all platforms such as Windows, Linux, and macOS.

Last but not least, to run Natron, you need to have:

To know more about its installation and maintenance, you can go to Natron’s user guide.

For more information about Natron, you can visit their website here.

Adobe After Effects: The Unique Feature Set Combination In One Motion Graphics Application

Created in 1993 and acquired by Adobe Systems in 1994, After Effects has come a long way.

It has its first two versions of the software with 53 released versions throughout the years, 4 of which are not developed by Adobe.

Adobe After Effects is a digital visual effect, motion graphics, and compositing application.

It comes with various uses, such as in post-production processes of video games, television production, and film making.

Adobe After Effects can take different roles depending on its user’s needs.

Saying that an animator might use the software for 2D cartoon characters or motion graphics, but a video editor might use it for editing and adding effects to titles.

It is a wonder how much one can do with a single software in terms of 2D and 3D animations, advanced video repairs, and special effects, no matter how big or small the project.

There is nothing impossible to make its users’ ideas move.

From animated titles, intros or transitions, moving an object from a clip, color adjustments, and many other unique effects.

After Effects is based on layers.

Not only those but also other third-party plugins like composition panel, effect browser, and timeline.

Furthermore, this motion graphic software comes as a hybrid between Adobe Photoshop and Premiere After Effects, with layers like the first, timeline, and keyframing like the second, but with many more extra tools.

To conclude, in order to run the After Effects software, you must have:

For more information available for Adobe After Effects, you can visit Adobe’s website.

Natron Or After Effects

Natron is the ultimate and most convenient software for amateur videographers.

It has features such as:

While, Adobe After Effects is one of the best alternatives for creating, compositing, and stylizing 2D footage layers in a 3D environment.

It has a unique feature set combination such as:

Knowing what each software can do and how they work in general, let’s see some specific comparison topics.

Natron has the biggest advantage between the two.

It is the fact that it is free software with stunning open-source OpenFX effects.

Anyone can be freely licensed to study, copy, use or change the software.

Moreover, you can improve its overall design with the open-source code under the GLP2 license.

On the other hand, Adobe After Effects doesn’t give the user the opportunity of a permanent license.

You need to pay either US$20.99 per month for a 20 GB cloud-based storage for a personal website for your work portfolio or $52.99 per month as a part of the Creative Cloud.

Following the above stated, regarding the budget basket, we would give:

Adobe After Effects has considerably more experience in the market than Natron, which has only eight years.

Adobe After Effects’ presence on the market is of more than 28 years.

Besides, being part of Adobe Systems has put the software in a favorable position.

Therefore, they are known in the fields of:

On the contrary, Natron is very popular among small-medium enterprises.

The software is used mostly in motion pictures and films, but it is not very used in big enterprises.

For a great presence on the market and higher market capture, we would give:

Natron is compatible with numerous operating systems, as mentioned above.

Also, it has some low hardware requirements, such as 64 bits or 32 bits processor, a minimum of 3GB RAM, and a graphic card that supports OpenGL 1.5+.

Additionally, Natron software is compatible with the API for OpenFX 1.4.

So, the list of plugins from commercial developers or open-source developers is quite long.

Meanwhile, the compatibility of After Effects is narrower.

On top of that, After Effects uses a lot of memory.

Therefore, the minimum requirement for RAM is 16GB.

However, if you aim for better performance, we recommend the 32GB RAM.

For broader compatibility and lower hardware requirements, we would give:

Layer-based software is convenient for rapid 2D and 3D effects like the ones in motion graphics.

On the contrary, when it comes to highly complex composites, the workflow shifts to something awkward and time-consuming.

In reality, After Effects is a 2.5D environment, and the build-in 3D compositing is missing.

Having said that, for when you want to do graphics faster or often work on motion graphics, After Effects is a great choice.

Moreover, the interconnection with Photoshop and Adobe Premiere makes this software even more attractive to its users and new ones.

Of course, when it comes to big complex projects, the node-based software (Natron) is more flexible.

For this reason, the user can modify the parameters of a processing step of an earlier image while displaying the final composite.

Also, combined with the high availability of keying tools, as well as the opportunity to solve your problems, Natron might be a good choice to switch to.

That is, when working on complex projects with high-end visual effects, music video, or film sequences.

As mentioned above, under this category, we appreciate Natron.

It is a free, open-source node-based software when working on big projects.

While, After Effects is an easy interface layer-based software when working on less complex projects.

If that’s the case, we will go with:

When it comes to comparing work speed, we could say that Natron is slightly quicker than After Effects.

This is due to Natron’s features such as:

On the other hand, Natron might be unstable with a heavy network, HD, or 4K footage compared to After Effects.

Even though After Effects still runs on heavy graphics and a lot of RAM, Adobe has done continuous work on improving this software’s stability throughout the years, making it more stable compared to Natron in general.

Even though today, all the motion graphics software tries to supply the same basic feature, they also try to diversify their feature portfolio with new entries from time to time.

Here, we will list the features that Natron and Adobe After Effects offer to their respective users.

To illustrate, Natron features include:

On the other hand, Adobe After Effects features include:

As for the above stated, we would go a bit biased on Natron:

Natron’s user interface is similar to the one of Nuke software.

So if you’ve been a Nuke user, there won’t be any problem at all in adapting to Natron’s.

Also, Natron tried to adapt the user interface’s best features from other software such as Blackmagic Fusion, Apple Shake, Avid Media Illusion, etc., making it easier for a wider range of users.

Adobe After Effects has a simpler and more intuitive interface.

You can have the higher control once you’ve been working on this software for a while, but it might be intimidating for a beginner user.

On the other hand, sometimes, the timeline interface can be problematic since it is too cluttered and every feature is jammed into the timeline.

As for the user interface category, we are favoring Natron a little bit more:

Customer support is very advanced for Adobe After Effects since it has:

On the contrary, the same can’t be said for Natron customer support because it has very few ways to get the desired support, starting from the limited options in the software’s official webpage (just chat support).

Under the customer support category, we would definitely go for Adobe After Effects:

Natron VS After Effects: Feel Free To Decide For Yourself!

To conclude, we have evaluated some specific categories that might be important to the general user.

According to the points delivered to each category, for the compared software (Natron VS After Effects), the results are:

Adobe After Effects 34 points in total

As you can see, the difference in rating points is not much.

Generally, because these two software’s core is built good enough to deal with various works and projects, those small details position one or the other better or worse.

Once you get used to working with After Effects, you might find it difficult to shift to Natron.

But once you start exploring the node-based compositing, you’ll be that intrigued that you won’t shift away from Natron.

Both software has significant advantages and some disadvantages too.

The decision of which one to choose depends mainly on the user preferences, individual character, economic conditions, and the type and size of the project they’re working on.

On the one hand, After Effects is quite a thing in the world of motion graphics software.

Nonetheless, Natron is also a rising star for the open-source ecosystem following two other great node-based software such as Nuke and Fusion.

If you’re the natural learner, always eager to study and understand every feature of digital compositing in detail.

And if you don’t care a lot about fancy templates and similar staff, then Natron might be suited for you.

Likewise, if you don’t mind the budget issues at all or working on layers.

And if you are more for flexibility and scalability in general, aiming towards advanced video effects, automatic filters, virtual reality elements, 3D editing features, and a whole combined set of other features, then Adobe After Effects might be your choice.

At the end of the day, it is you who will decide which way to go based on your priorities, how you want to work, and the kind of project you’re working on.

You can read more exciting reads below.

A Review of Rarible: Buying and Selling NFTs in Rarible 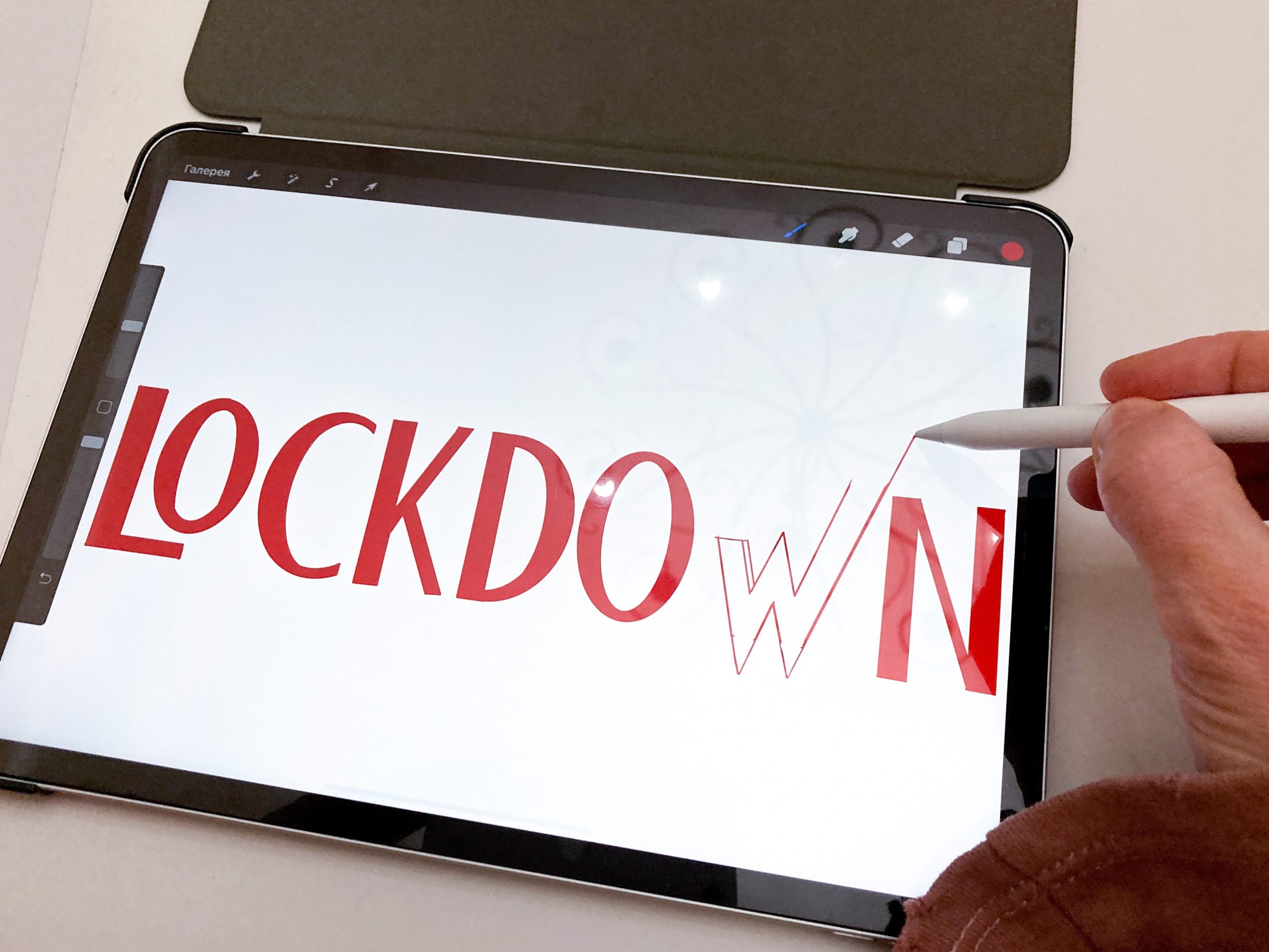 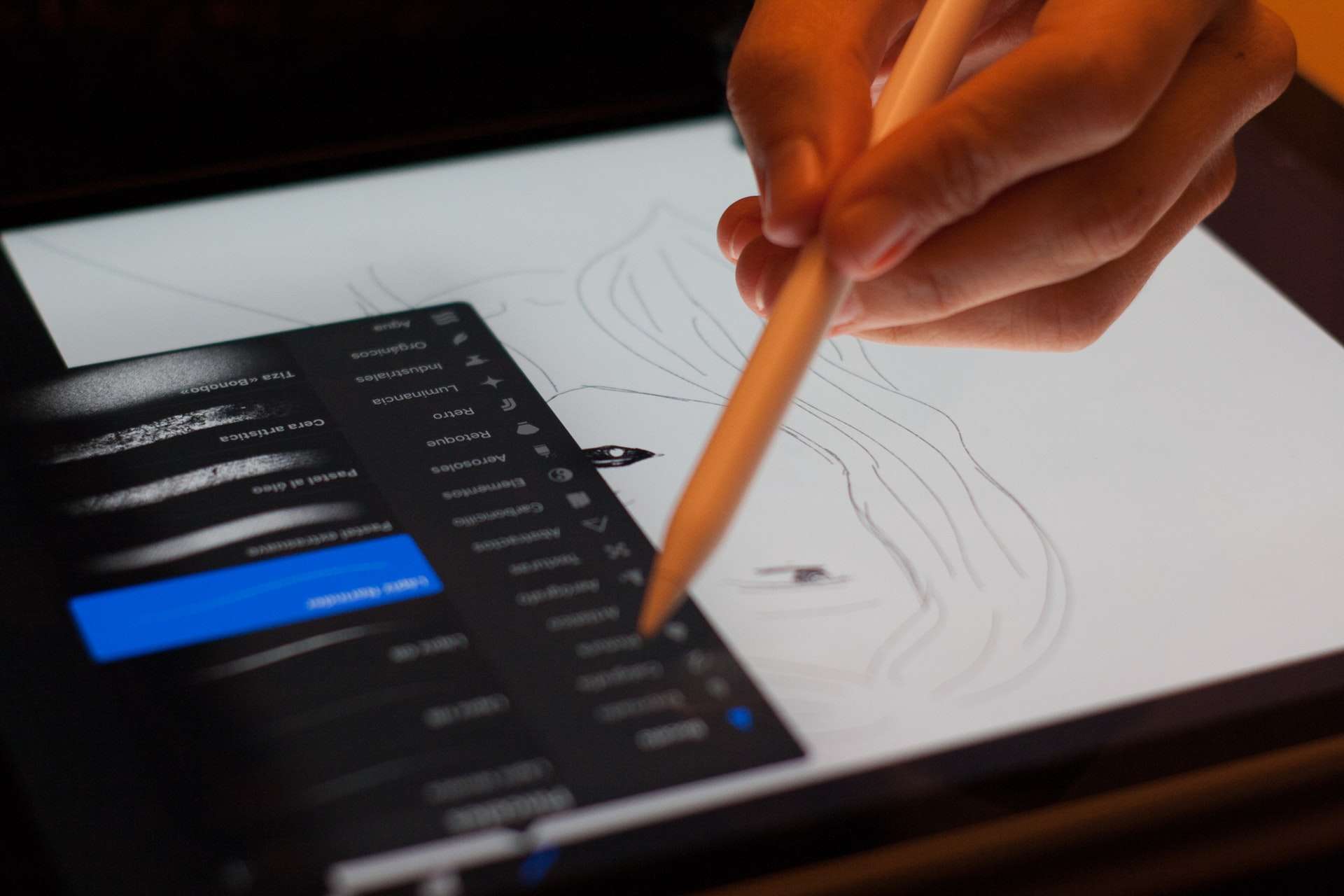 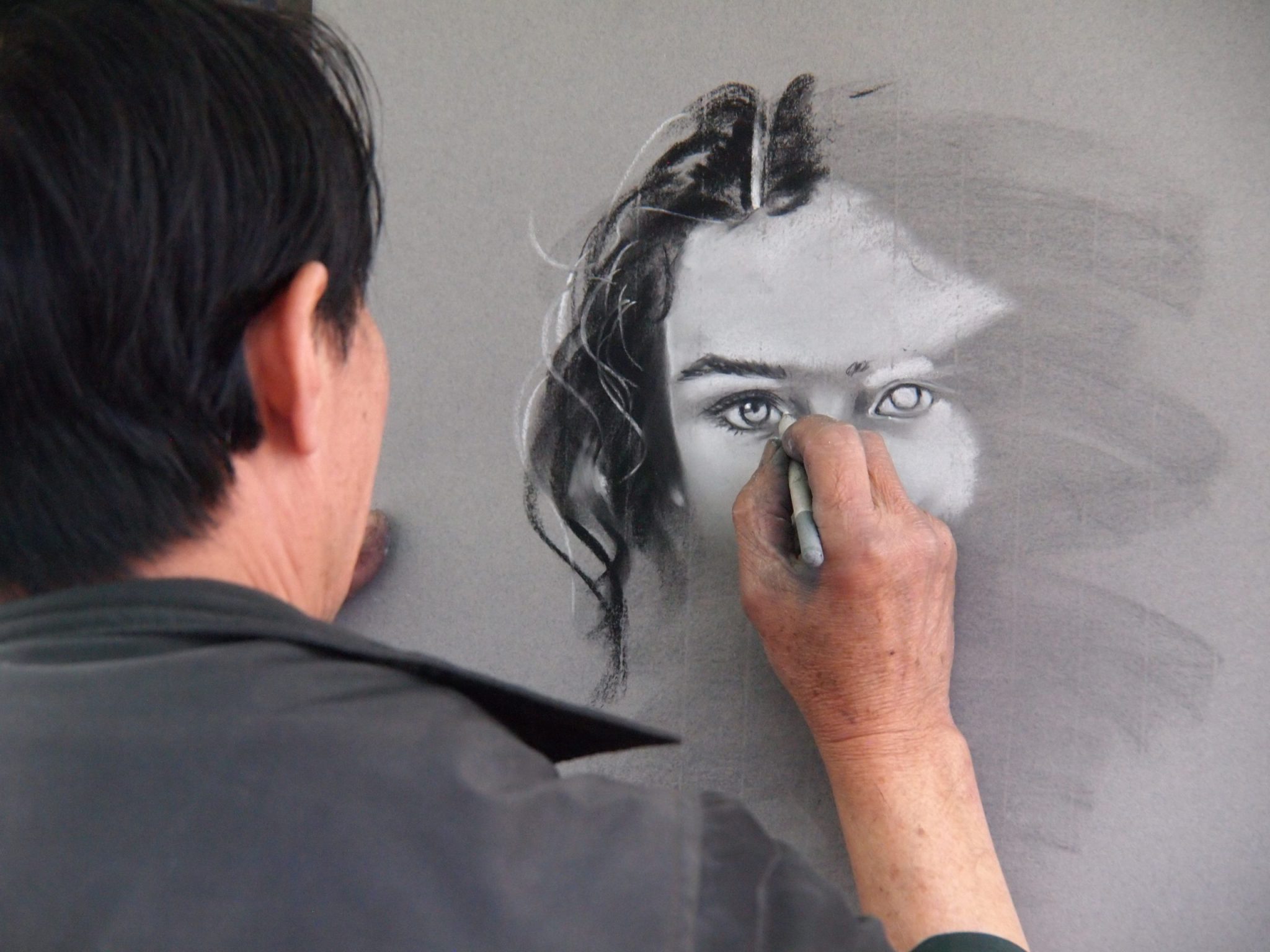